A link to my wife and my business

A link to our Native Animal Sanctuary 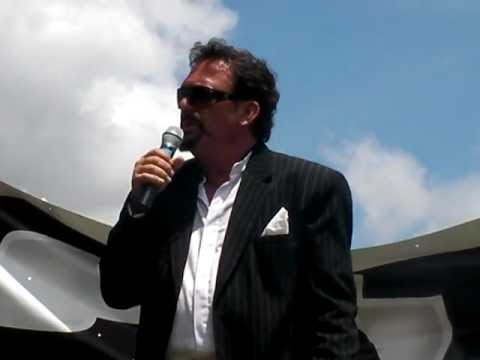 Please Also see page: Why vote for an Independent

I am an active Face Book user, and I post my Media releases regularly, to view go to Mark Aldridge at  http://www.facebook.com/profile.php?ref=profile&id=583394123

I am 46 years old, and have been self employed for most of my life, I attribute my business success to my honesty, my wife and I also run and self fund a Native Wildlife Sanctuary, children in need and live and work together running our two businesses 24/7.

I have spend over a decade studying politics and have been a state and federal candidate on several occasions, I enjoy helping those in need, and have fought for a fair go for many including far too many days in our less than supposed courts of Justice, and have found out first hand that justice is becoming the sole demain of the rich, and our common-law system of justice is being watered down by government legislation, in favour of their own self preservation.

Small businesses like mine are being destroyed in favour of multinational and large business interests, coincidentally the same ones who fund our 2 party system of politics, inequality and racial tensions are being further divided by lack of  government's foresight, continued improper statements and media manipulation, labelling of minority groups and intervention not appropriate to our community's unity and best interests.

Our hard earned Civil and Human rights are not protected and are under attack by draconian legislation and social engineering, accountability of government and their many departments does not exist, revenue collection is overriding genuine road safety at the same time police services are both underfunded and being used as revenue raising over genuine community safety.

OUR ELECTIONS ARE BIASED IN FAVOUR OF 2 PARTY POLITICS

Democracy should be about the Freedom of choice of an informed electorate, yet we in South Australia are being forced to have a preference for even those we do not know or in fact oppose, it is somewhat impossible to become adequately informed of our choices and even the counting system is 2 party prefered which is nothing more than using the ballot to defeat the franchise that should be paramount (take away your most basic right).

I have taken action in the Court of Disputed Returns on several elections in regards to the inadequate conduct issues, uncovering many thousands of missing votes, and dozens of breaches of what little rights and protections we have left.

"Even if you do not like me, and would not want to preference me, that could even be more reason you should endorse me, as I am the only Candidate fighting for your right not to have to prefer even me. ")

Our great land and infrastructure is being sold to foreign interests, our minerals and  ores, our farm land and primary producers, even our water, all those interests our forefathers fought to protect, and the very same that should be protect in the best interests of our children.

Government are elected to protect our best interests, not dictate them to us, yet the divide between representative and their electorate continues to deteriate as does the power of our vote.

I stand for change, for accountability, to enforce honest democracy and to defend your rights and liberties, and those of our most vulnerable.

I will fight for these issue whether or not you support me, but I can do a hell of a better job with your support.

OUR VOTE IS TOO PRECIOUS NOT TO BE TAKEN SERIOUSLY!

Accountability and Transparency is everything, if you or I make even a slight mistake in judgement we are held accountable, yet politicians do not even have to honor their election promises, because they write the electoral laws, kind of like having the fox guarding the hen house. SAPOL handle their own internal investigations and the government theirs, and they both do not want to see ICAC, and Independent Corruption Commission, hhmmmmmmmm think about it.

Dare we continue any longer to reward incompetence and false promise with our precious vote and the huge salary and perks that accompany it?

I WANT TO KEEP THE BASTARDS HONEST, BE YOUR HONEST VOICE!